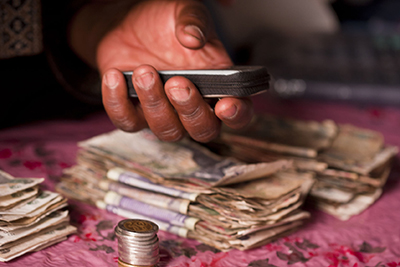 GATE annual report estimates 2.07 billion customers worldwide will use mobile wallet to make payments or send money in 2019. This is largely due to strong reliance on mobile phones. China is the largest adopter of mobile wallet payments leading with 56%, followed by India, Africa and the middle east.

Presently, World bank estimated 2 billion of the world’s population (excluding small companies) does not have access to bank accounts and two third of this population have mobile phones. This represents a customer acquisition opportunity for mobile wallet markets.

Some Mobile wallets like Apple Pay and Samsung Pay are device dependent while others like Google Pay cannot function without an internet.  However, a robust wallet has authentication and omnichannel capabilities (works offline and online). Like JETHRO’s Realmpay.

When Banks provide mobile wallet services to the unbanked it will result in their financial well-being and expansion of the economy. For instance, Accenture estimates 380 billion in annual revenue for banks and FIs from servicing the needs of the unbanked segments.

AI Regulation
Artificial Intelligence hype is felt all over the world yet only 38% of firms in U.S. have an explicit AI strategy, the report by Boston consulting Group states. However, AI governance and regulation by governments is gaining momentum:

Any cookies that may not be particularly necessary for the website to function and is used specifically to collect user personal data via analytics, ads, other embedded contents are termed as non-necessary cookies. It is mandatory to procure user consent prior to running these cookies on your website.